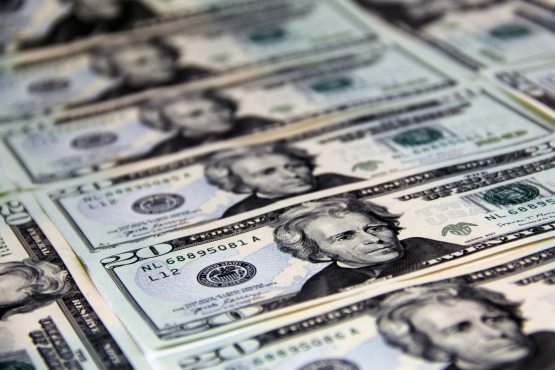 A global pandemic means everyone on planet earth knows about COVID-19 and its effects on industries across the world. The Identity Theft Resource Center says for scammers – this is like the Super Bowl, the World Series, the World Cup, and the NBA finals all rolled into one. And now, federal unemployment benefits are their next victims.

As all states struggle with an extraordinary spike of jobless claims amid the coronavirus pandemic, cyber criminals are targeting unemployment sites with fraudulent claims to illegally funnel money, according to the U.S. Secret Service. More than 36 million Americans have filed for first time unemployment benefits since early March as stay-at-home orders force businesses to shut down, leading to layoffs across the nation. In the meantime, state departments have become completely overwhelmed due to the high demand, limited staffing, and out-of-date unemployment websites – and criminals are making the most out of this chaos.
The attackers have used detailed information about U.S. citizens, such as social security numbers, banking information and more that may have been collected during past cyber-attacks, to file claims on behalf of people who have not been laid off, officials said. These attacks have capitalized on state unemployment systems at a time when they are drowning in claims to process from an employment crisis unrivaled since the Great Depression.
The Secret Service dispersed a memo last week cautioning officials that these criminals seem to be connected to a Nigerian crime ring and may have already stolen hundreds of millions of dollars, security researcher Brian Krebs reported. The memo said the scammers were primarily targeting Washington state, as well as North Carolina, Rhode Island, Massachusetts, Oklahoma, Florida, and Wyoming. The Washington state agency that oversees unemployment started to comprehend the degree of the fraud last week, when people who are still employed started to call and ask why they had received confirmation of unemployment benefits, according to The New York Times.
Using stolen credentials to fraudulently file for unemployment is just one of the tricks they use, while also reportedly recruiting “money mules,” or people who transfer illegally obtained money on behalf of others to disrupt the paper trail, according to the Secret Service. The Agency is warning states to remain on high alert for fraud schemes, warning that every state could be susceptible.
On top of the current pandemonium we are all experiencing, being on the lookout for fraudsters is now on the forefront of our minds. It is pivotal to be able to identify scams that might try to contact you by phone or email, pretending to be able to help in some way. Hawley & Associates cares deeply for our clients, employees and community which is why we have compiled this guide on steps to take if you or someone you know falls victim to the current unemployment scam or any other type of identity theft.
Posted by Social Service and Nonprofit Insurance Solutions at 1:06 PM No comments: 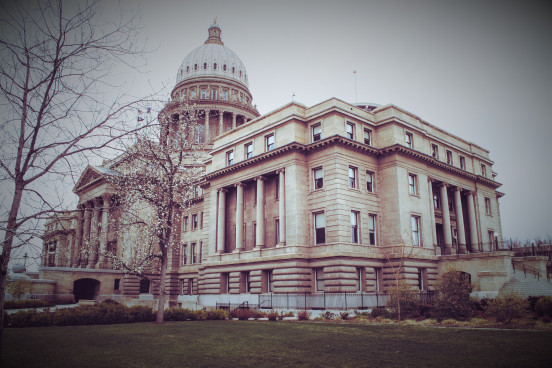 In a nutshell, the Invest in Child Safety Act would create a new Office to Enforce and Protect Against Child Sexual Exploitation, which would manage a Child Sexual Exploitation Treatment, Support and Prevention Fund. The fund would contain $5 billion to be apportioned between 2021 and 2030 to a variety of agencies for programs or activities directed at addressing child sexual exploitation. The Act also makes a few minor changes to the law, including increasing the time frame that authorities must act on reports about child abuse materials received from online platforms, before the platforms are required to delete those materials.
The bills chief author, Sen. Ron Wyden, credited reporting by the New York Times, with exposing what he called a “failure” by Congress and the White House “to respond to disgusting crimes against children that are shared online.” Chilling investigations by Times reporters Michael Keller and Gabriel Dance last year unveiled the failure of Washington and America’s tech companies to aggressively cut off the circulation of child sexual abuse material online, despite having the technical means to do so.
The bill, which also allots for funding to school-based mental health services, amends the existing law behind the CyberTipline, the nation’s central reporting system for child abuse content, managed by the nonprofit National Center for Missing & Exploited Children (NCMEC), doubling the allotted time companies can preserve digital evidence from 90 days to 180 days. The bill also requires entities reporting to the CyberTipline to preserve illicit material using only methods established by information security experts at the National Institute of Standards and Technology (NIST).
The Invest in Child Safety Act would additionally lead to the hiring of “not less than 100” new FBI agents and investigators specifically assigned to developing cases against online predators. And it would double funding for various related programs, including the Internet Crimes Against Children (ICAC) task force, and the National Criminal Justice Training Center (NCJTC), which trains criminal justice professionals in the prosecution and prevention of child victimized cases.
Before it was introduced to the senate, the bill received endorsements from the National Children’s Alliance, the Child Welfare League of America, and the Family Online Safety Institute, as well as David Kaye, the United Nation’s Special Rapporteur on Promotion and Protection of Freedom of Expression.
“Law enforcement agencies at all levels in the United States are significantly under-resourced when it comes to investigating and prosecuting child sexual abuse material online, and only able to pursue a fraction of the cases referred to them,” the Open Technology Institute said in its endorsement. “The Invest in Child Safety Act would directly address this problem, providing meaningful resources that would equip law enforcement and the National Center for Missing & Exploited Children to more effectively combat this crisis and hold predators accountable.”
Hawley & Associates applauds this remedial legislative action, Congress, organizations, and individuals whose hard work contributes to making the world a safer place for children.
Posted by Social Service and Nonprofit Insurance Solutions at 8:34 AM No comments:

Life After Lock-down: Going Back into the Office


Posted by Social Service and Nonprofit Insurance Solutions at 9:32 AM No comments:

May is National Foster Care Month 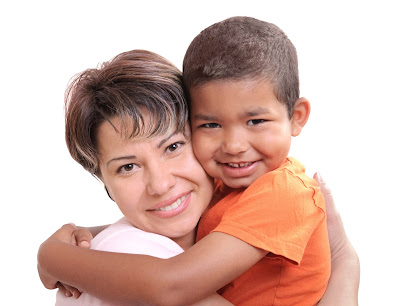 May is National Foster Care Month and we want to take time to acknowledge the foster parents, family members, volunteers, mentors, policymakers, child welfare professionals, and other members of the community who help children and youth in foster care find permanent homes and connections.
With over 400,000 children in the foster care system at any given time, and a new child placed into care every 2 minutes, the need for support services, essential items, and foster parents is high. National Foster Care Month shines a light on these children and points us all in the direction of solutions.
We would like to share some inspiring real-life stories and raise awareness of the need for strong, collaborative communities that help keep families together.
https://www.childwelfare.gov/fostercaremonth/reallifestories/narratives/
Posted by Social Service and Nonprofit Insurance Solutions at 9:30 AM No comments: 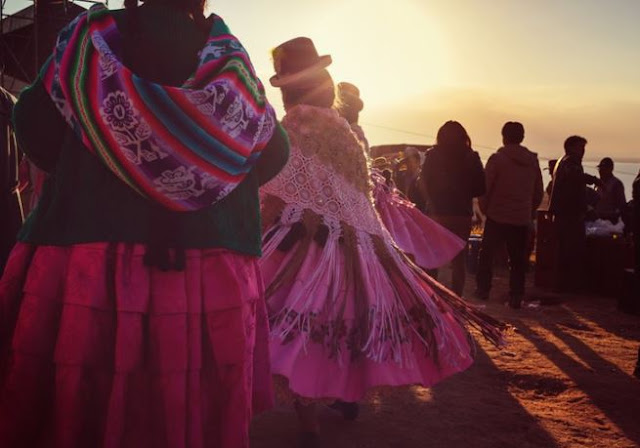 Cinco de Mayo, or the fifth of May, is a holiday that celebrates the date of the Mexican army’s May 5, 1862 victory over France at the Battle of Puebla during the Franco-Mexican War. It is also known as Battle of Puebla Day (not Mexican Independence Day). While it is a relatively minor holiday in Mexico, in the United States, Cinco de Mayo has evolved into a commemoration of Mexican culture and heritage, particularly in areas with large Mexican-American populations.

Cinco de Mayo will look a little different from previous year celebrations amid the Covid-19 outbreak.  We remind you to celebrate at home and have no gatherings outside the immediate household. Also, please remember the importance of social distancing and to wear a mask while having fun during the Mexican holiday.
Here are 5 tips on how to celebrate at home:
1. Support your local Mexican restaurant.
The chances are your local Mexican restaurant is opening for delivery or take-out.  By supporting our local restaurants today, we can help ensure they will be around tomorrow.
2. Inform yourself on the Battle of Puebla:
Take some time to learn about this holiday and why it is celebrated.  Knowing the history behind Cinco de Mayo, can help you celebrate in a more respectful and educated way. Puebla is actually one of the few places in Mexico that highlights this holiday.
3. Learn to make a true Mexican margarita:
Believe it or not, you can actually have a margaritas that doesn’t come from a pre-made mix!  There are many online recipes and classes on how to make the perfect margarita from scratch (and some creative spin-offs from the original cocktail).
4. Have a Zoom Fiesta:
Gather your friends on a group Zoom call. Set a festive background and put on some fun music and toast with a margarita.
5. Cook at home
If cooking at home is more your style, the options are endless when it comes to Mexican inspired dishes. Enchilada’s, tacos, fresh salsa and creamy guacamole are a great place to start!
Posted by Social Service and Nonprofit Insurance Solutions at 8:50 AM No comments:

Is Compliance Really the Goal of Childhood Behavior? 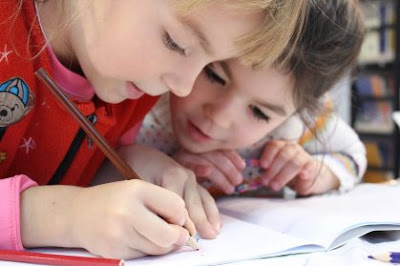 Compliance is a word that is used regularly in the world of behavior. It’s written about in Individualized Education Programs, it’s used as a goal when students have behavioral episodes, and data is collected on how often it does or does not occur. Even in personal interactions with kids, such as with our own children at home, we often place a more significant weight on compliance than we do decision-making.

“Listen and obey.”
“Do as I say.”
“Because I said so.”
“Don’t argue with me.”
Think about the kind of message that is sending kids. Are we conveying a message that obeying is more important than making decisions or thinking critically? When compliance is the primary focus, we’re instilling in kids’ minds that the lesson to be learned is how to follow instructions. And while that is a crucial life skill all must learn; it must also be taught alongside the evaluative process. Some of the most influential people in history have only made an impact because they refused to blindly follow the demands of authority figures in unjust moments. Without their critical thinking, which led to their active disobedience, we never would have had the social progress brought about by Martin Luther King, Jr., Rosa Parks, Susan B. Anthony, Malala Yousafzai or Nelson Mandela.
Focusing solely on pure obedience, or working entirely toward compliance, steals a child’s ability to develop critical thinking skills. Those critical thinking skills are what kids use to keep themselves safe. If that instinctual willingness to disobey is completely suppressed, kids are less likely to report someone who is abusing them, less able to interpret their own fight-or-flight instincts in emergency situations and less willing to create significant social changes in their communities.
So how do we go about instilling these crucial traits while also avoiding argumentative and entitled behavior?
It starts by giving kids options. Instead of telling kids what they can and cannot do, try laying out several options out in front of them and asking what would happen if they chose each option. Help them in making the connection between actions and consequences and they in turn will become more confident in making the right decisions. Kids are more willing to make decisions that we give them credit for.
Oftentimes, when kids disobey or make “bad” choices, it’s not because they want to be harmful or disruptive. It’s because they have not connected their actions to the correct negative consequences, yet. It’s the job of parents, teachers, coaches and advocates to help kids in making those connections, giving them opportunities to learn by trial and error, and helping them process scenarios they might not yet be mature enough to process on their own.
Posted by Social Service and Nonprofit Insurance Solutions at 7:20 AM No comments: